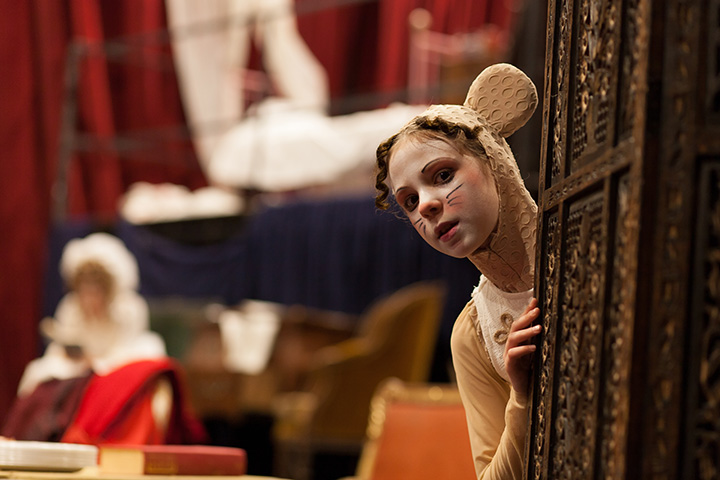 The Swedish Cottage Marionette Theatre was imported to the U.S. in 1876 as Sweden's exhibit for the Centennial Exposition in Philadelphia.

The enchanting Swedish architecture and craftsmanship of the structure, suggestive of a model schoolhouse, caught the eye of Fredrick Law Olmsted, who brought it to Central Park in 1877.

A "Marionette Touring Company" was founded in 1939 by Parks Commissioner Robert Moses, while working under Mayor Fiorello LaGuardia.Â  Kicking off the touring theatre's first ever performance was a production of Jack and the Beanstalk, which debuted at Columbus Circle.

In 1947 the Swedish Cottage became home to the Marionette Touring Company.Â  During its long running history, several highly renowned puppeteers have worked in the Marionette Theatre group including the late Frank Paris, Shari Lewis and more recently Basil Twist.

In 1973, a permanent theater was constructed inside the Cottage, precisely designed for marionette performances.Â  Since then, hundreds of thousands of children and families from around the world have enjoyed its original marionette productions.Â  Under the direction of City Parks Foundation, the Swedish Cottage Marionette Theatre, as well as its traveling extension, the CityParks PuppetMobile, continue to entertain audiences throughout New York City.

The Cottage's productions are based on classic fairy tales and offer an enriching theatrical and educational experience for young children. The Cottage is a member of the Historic House Trust of New York City.